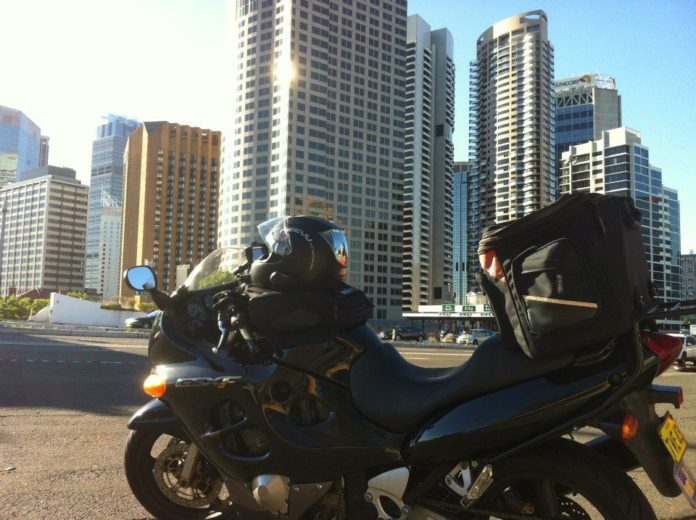 Just another spring weekend. Day one

It has been waaaayyyy too long since our last group ride. You know, life gets in the way.

Trying to tee up a group of men to join up, take a weekend off, and go for a ride seemed like an easy task. It wasn’t. With all positive intentions, few threats (“If the weather doesn’t hold, I’m off”) a wedding excuse, and a pathetic attempt to bail (Go-No-Go?? WTF?), we finally made it!

Well, sorta. 7:38am on the Saturday of the ride, I miss a phone call. Listening to the message: Robbie hasn’t ridden his bike for 4 months. Battery is dead. He has to wait for the shop to open at 8:30 (our planned departure time) to fit a new battery. We may be slightly delayed. Enjoying the sun, coffee and homemade muffin at the manicured back yard at the new Blanda residence, we hear the familiar roar. But not for too long. Some man hugs later, we realised a little oil leak. Nothing serious. Dennis and Robbie fixed it up in no time at all.

Heading South, cruising on the M5, 20 minutes on the freeway, Nathan got a bit itchy for some twisties. We took the Picton turn off. Quick stop to organize our thoughts – is 11am too early for a first beer? Apparently not

Planning the route (completely ignoring the 4 weeks of email correspondence), Andrew brings up his paper (!) map book. 6 iphones, 3 ipads, 2 GPS devices mounted on 2 bikes. The best of Australia’s IT industry sitting around an old pub’ picnic table, pointing to a book. Funny how people resort to their comfort zone sometimes…

We arrive at the Bowral town center, just in time for a quick bite. It’s a bikers’ tradition to stop at any bakery they find, to get a healthy meal. This time – Gumnut bakery. The scary bikers opting for Chicken and Leek pies, almond croissants, a latte and chocolate milk. Shhhhh, Don’t tell the real bikers.

The local kids provided the background music with fantastic street performance, including a young boy trying his best to involve the uninterested crowd with his juggling techniques. Oh well…

At this point, the 6 amigos split into two – Robbie, Dennis and Nathan went back home via Macquarie Pass and the Royal National Park with Andrew, DazzaB and myself continuing on our planned journey.

Heading south, towards Moss Vale, taking the road less travelled via Exeter, Bundanoon, towards Marulan, where we were supposed to meet up with Jack. Miscommunications sent the 2012 Black Dog Ride winner of the Young Gun award to wait for us in Goulburn. He didn’t get that last message. Jack had some time constraints, so we thought – “Maybe next time”. We carried on toward our night stop in Bungendore, noticing the recommended speed signs along the way. That was exhilarating…

Arriving at the night stop destination, with plenty of daylight to spare we stopped for a stretch, a Mars Bar and a quick drink. Andrew went to check out the corner art gallery, when the V-Twin roar of a white SV650 disrupted the Saturday afternoon serene atmosphere. Jack has made some calculations in his head, and decided to pop in and say hello. He calculated correctly, and had found us. Quick chat, and Darrell decided to not go home, (40 minutes away) opting to join us for the pleasant, law abiding ride to Braidwood, where we would find accommodation for the night. We were wrong. For the first time in history, both Andrew and I decided to be spontaneous and let fate decide where we sleep. I’m not sure we’d do that again…

The Global Economic Crisis has arrived in Canberra, and one of its’ citizens found Braidwood a cheaper alternative for his wedding. He booked every room in town. Every room! We had to ride back to Bungendore, 48km from where we were, and where we’ve just came from. This time, we made some phone calls to make sure we’ll have a room. This was 5:30pm, just before dark, and we were risking catching up with Australia’s famous wildlife on the way. The temperature was also dropping rapidly, so leather pants, extra jumper, and the heated grips had to be turned on. We headed back to Bungendore.

In hindsight, we rode whilst enjoying the most spectacular sunset – the sky, sun and clouds changing colors in front of our very eyes. Andrew said it was one of his top 3 rides of all time. Fate rewarded us with a fabulous end to our days’ riding.

We arrived in Bungendore just after sunset, set ourselves up in two fancy rooms in the local hotel, and enjoyed a wonderful Chinese dinner. We all chipped in and bought tickets in the local Rotary club raffle to win a meat tray. Fate dealt us the cherry on top by pronouncing Andrew as the winner of the meat tray (which he donated back to the Rotary club). Shortly after we were snoring (or at least I was)…