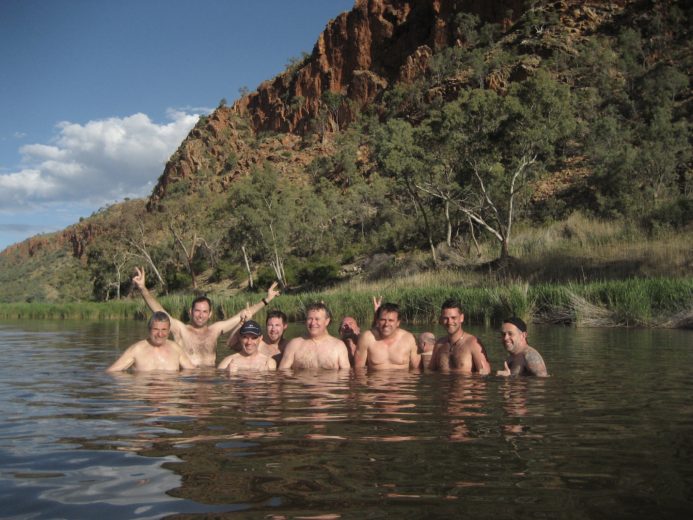 After nearly 3000km, 6 days away from our much publicized sendoff event at Deus Café, we’ve left Heavitree Gap resort in Alice Springs, in a convoy of over 60 motorcycles, headed to Lasseters Casino. The local Lions club have been known to us for the last week, asgreat sausage sizzlers, and lived up to our expectations (yet again)– the sausage sizzle was outstanding!! 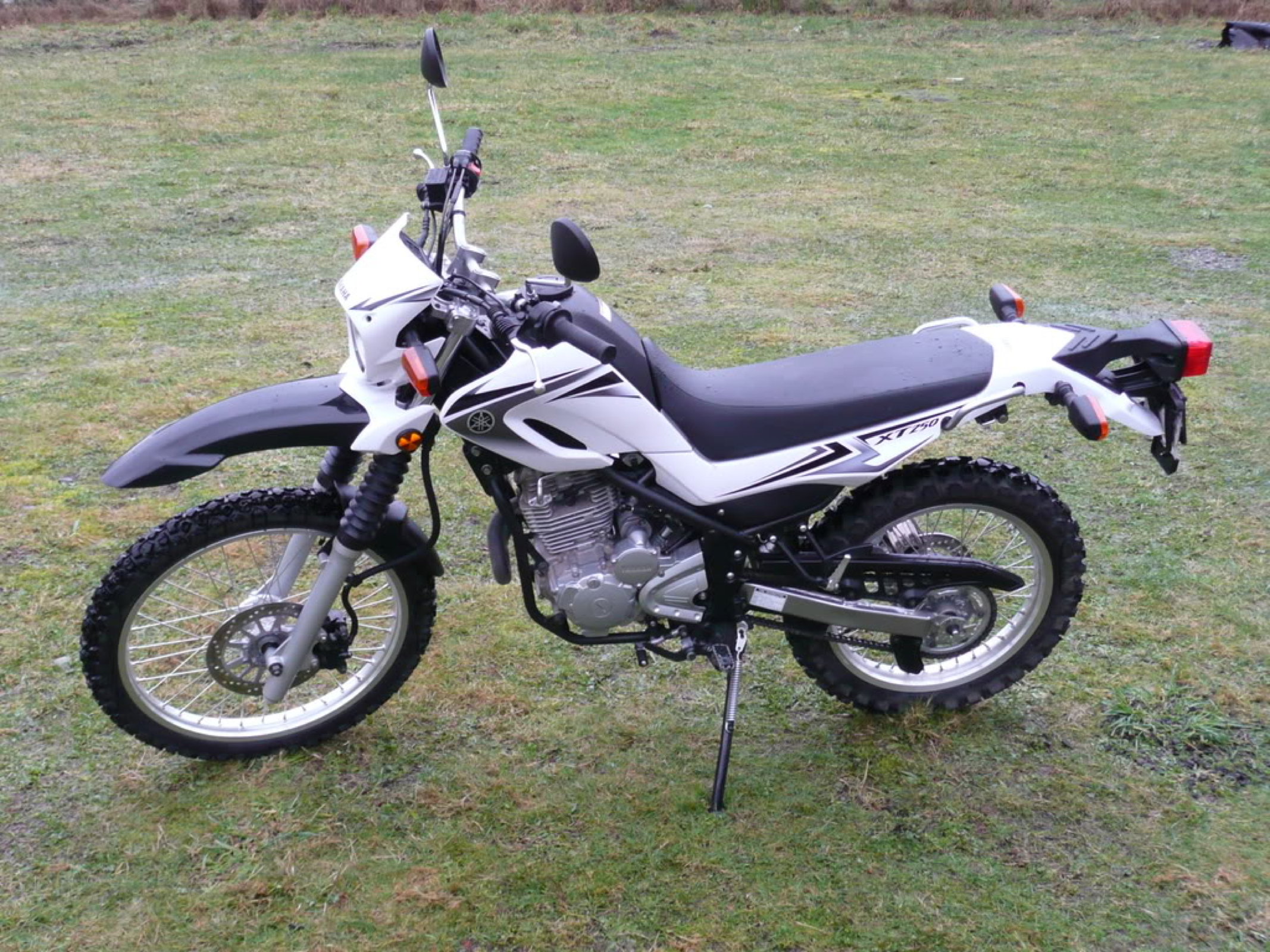 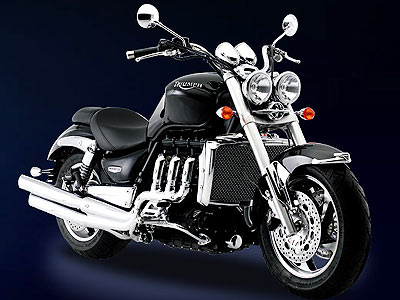 There was a phenomenal vibe around the place – dozens of bikes, with all shapes and sizes, from XT250 dual-purpose bike, to a massive 2300cc Triumph Rocket 3 (a few of them actually – some hauling trailers!), a Can-Am Spyder and everything in between. Although there is a massive difference in bikes, and the stereotypical rider associated with each one, there was a camaraderie I’ve never felt before. People from all ages (from 21 to 71), men and women, from every part of the country, farmers and city folk, from every socioeconomic part of society, with the only apparent connector was motorcycles. I’ve spent some time with quite a few of the riders, and heard some of their personal stories – Depression touched them on very personal level: directly (many sufferers have joined the ride); and indirectly, where family members, wives, children, siblings, parents are current or past sufferers. Some have family members who have committed suicide. Although it was a very diverse group, there was a uniting factor, which without the Black Dog Ride would have probably never surfaced.

After a few words from our Angry ambassador, Tess and Chris from the Black Dog Institute, and the black dog rider himself – Steve Andrews, we left the Casino car park as a convoy heading to Glen Helen resort – roaring through the quiet-Saturday-morning-streets of Alice Springs.

It was an amazing, and quite empowering sight – as Steve and I let the group out of town, looking in our mirrors, seeing this enormous group, and realizing the fruit of our 8 months of effort.

Just as we left Alice Springs, and gone onto the road leading the Glen Helen gorge, Steve signalled me to ride closer to him, reached his right hand (with cruise control activated!), and we shook hands. I’m trying now to describe the feeling, but I can’t find the words. I think it was a combination of pride, relief, excitement, joy. The weather was just perfect, clear blue skies of a desert spring day (around 27 degrees) – just perfect!! [pictures to come soon…]

As we were riding slowly through the magnificent scenery of the green desert, I thought to myself (and later verbalized it) –“This is NOT Australia’s Red Centre! This place is green!” There was no sign of the red earth, featured in the most famous Australian postcards. After a very wet period, the desert was blooming, flowers everywhere, green grass, shrubs and trees – just beautiful…

132km later, we’ve arrived at the resort. As we got off our bikes, we realized the river was just a few meters away… we couldn’t resist the temptation to get our kit off, grab a cold beer from the bar, and jump in!

The resident helicopter pilot at the resort, offered to take some video footage of bikes coming into Glen Helen, to be used at the documentary – at no cost… a few noisy bikes went back around 15km to re-enact entering the resort, and then joined us in the river…

Around 6pm, we’ve started gathering for the main event- a fantastic dinner, followed by some speeches and live entertainment.

Steve Andrews went up first, and shared his story – the reason behind the Black Dog Ride. He told us about his best mate, Jack, who has lost his wife of over 20 years to depression. Not sharing too much, he just invited Jack, to get up and tell his story.

Andrew Blanda went up and read a poem [Rain from Nowhere] that brought grown men, tough bikers, to tears.

Angry Anderson followed with his personal story about battling with his demons, and his life as an abused child, who had been sexually assaulted as a 5yo boy.

As the evening progressed, people came up and shared their very personal life story (including suicide attempts and their battles with depression) in front of dozens of people,  most of which were total strangers up to this point. Just to show the motivation of most of the people who came on this ride; to help raise depression awareness in the community as well as other mental illnesses.

There were some awards handed out, too:

It was an appropriate end to the formal night, with some raffle prizes donated by the local Alice Springs community, along with the two pieces of Artwork, donated by Les Mills of Wyong, NSW: A one-off painted motorcycle helmet, and a painting – both painted especially for this event by an aboriginal artist Colin Wightman. These two items were auctioned off for $3,300 (all of which was donated to Black Dog Institute).

We’ve ended the evening with some live music, and drinks…Oh, what a feeling! It has been an incredible journey for all us, and this event just topped it… off to get some zzzzz…