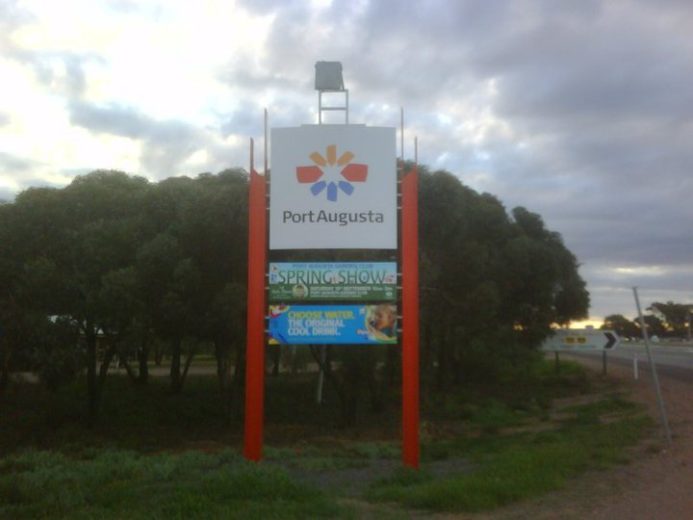 A quick little jaunt into Waikerie after yet another fuel stop before the day started – One of these days we may all get away on time! We had a quick photo session/interview with Kyla from the Murray Pioneer as our official news item for Renmark. Waikerie was our next destination for morning tea – the cherry ripe slice from the Waikerie Bakery was absolutely divine!

We were supposed to get to the Morgan Ferry where the camera car was waiting for us, however, chaos set in when we reached the Cadell ferry instead. Just as the ferry pulled in, the rain came – the ferry trip was a perfect time to don the wet weather gear. The rest of the ride to Burra was wet and cold. Check out my Youtube video for more thoughts on riding in the pouring rain:

We met with the 5 Hills Branch Ulysses members (who left Sydney on the 1st Sept) for lunch – they’d put on a sausage sizzle for us in the backyard of their hotel. There was a little bit of chaos in Burra as people did not find the place easily enough, so I did the usual herding of the cats. Once I’d had lunch, Raz & I went out to repair the flat tyre on Glenn’s bike with our Kenma puncture repair kits – however, they don’t work on Tubed tyres! In the end, half our group rode on ahead, whilst 8 fellows watched James & I remove and replace the rear tyre. The night before it took 9 people to remove a failing disc-lock from the Road King; I believe we’re rivaling the local council for how many useless hands are required to get stuff done! 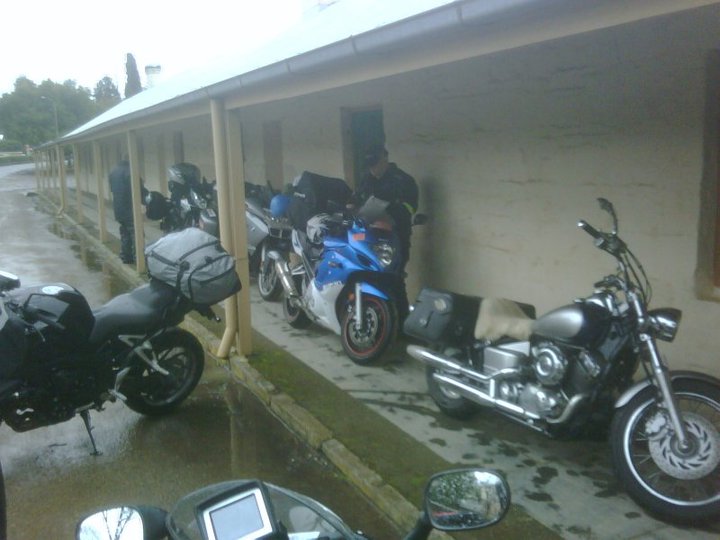 We’d sent off another 5 riders (leaving the 3rd group of 7), and realised we were going to be hideously late, so rode on together to Crystal Brook for the last fill of the day. Someone else incurred the wrath of the constabulary, with a certificate saying your bike overachieved the speed of 124km/h in an 110km/h zone. The ride into Port Augusta was almost uneventful until someone had a wee little slide on the gravel and both headbutted the cameraman and took out 2 other bikes at the same time. Video evidence is now in many people’s hands, and that story will see the light of day another time!

We rocked into the caravan park 2.5 hours late, BUT were greeted warmly by the crew from WA – Raz and Steve Andrews shook hands and had a bug hug whilst everyone introduced themselves. Once everyone was settled, we assembled for dinner, another great spread put on by the Port Augusta Lions club. Stories were shared (mostly from the East Coast crew) before bed beckoned! 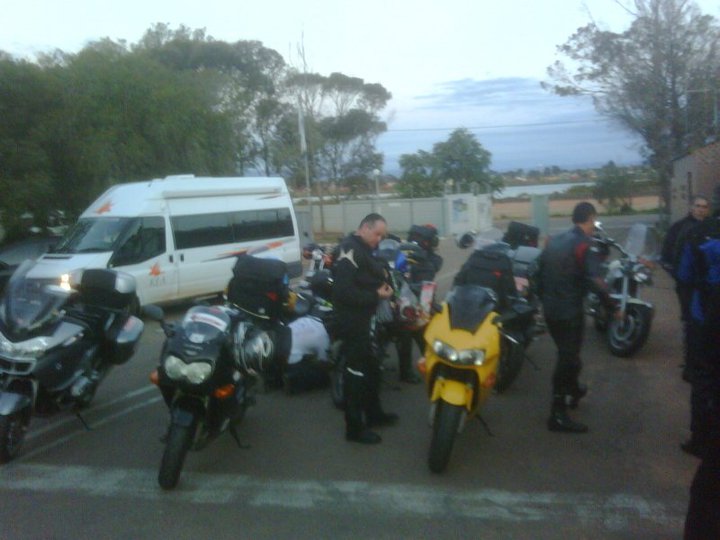 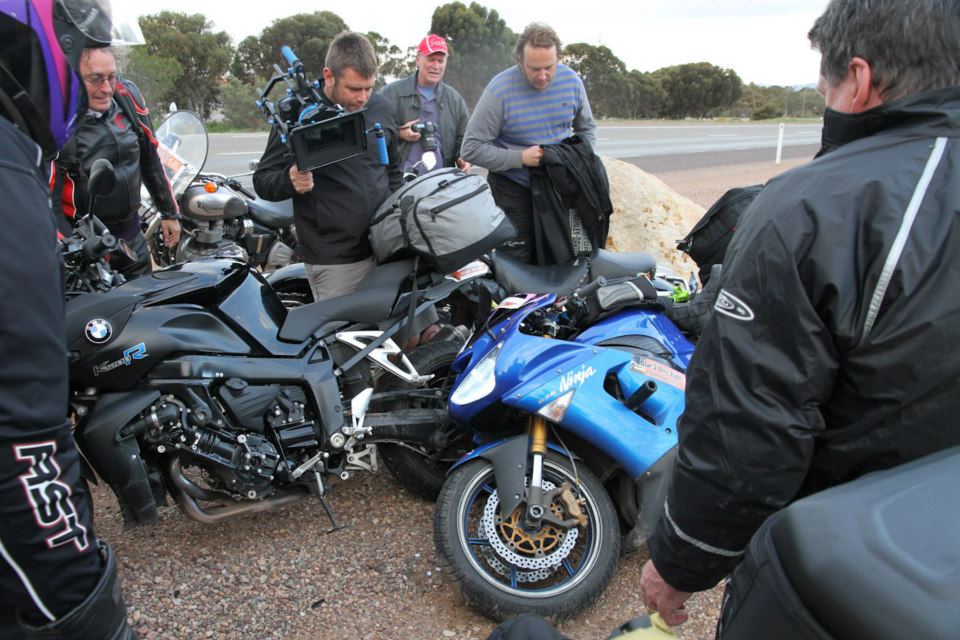 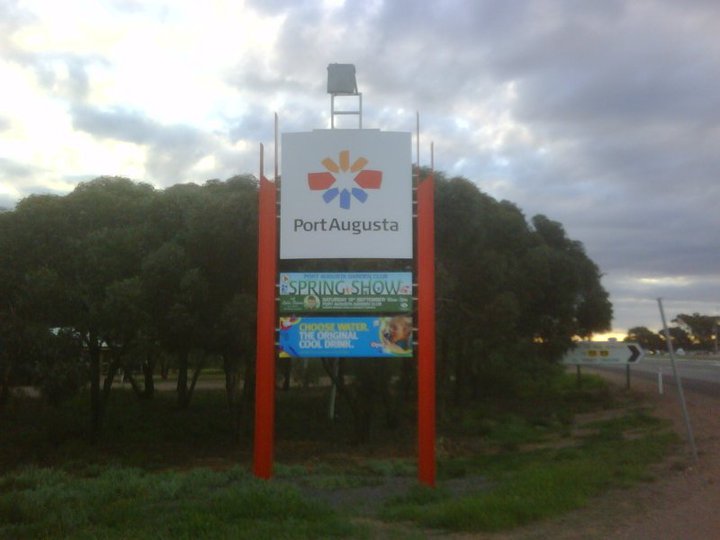